This week, that year: A 30-year #throwback and nothing but gratitude for Mr. N. Vittal

I dedicate this post to Padma Bhushan Mr. N. Vittal, who was the Secretary of the Department of Electronics, Government of India in the early nineties.

Exactly thirty years ago, on the auspicious occasion of Gudhi Padawa, we moved into our first office, a modest 350 square-foot unit in Software Technology Park (STP) Bhosari.  The week leading up to this was momentous and demonstrated how an action-oriented bureaucrat can make a huge difference. 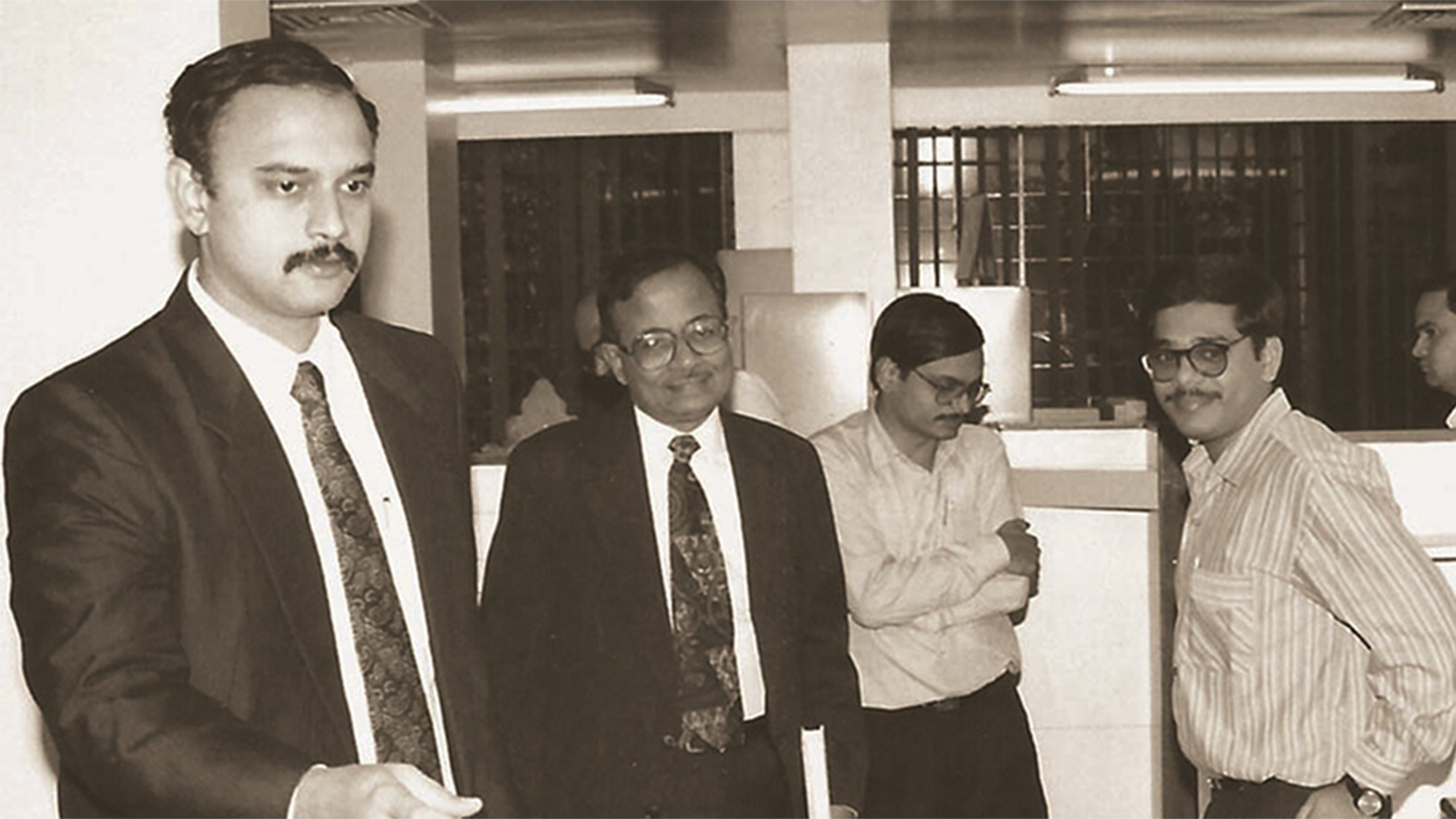 Persistent Systems was incorporated on May 30, 1990. I returned to India from the US later that year, in October 1990, to start our journey. The first step was procuring a space at Software Technology Park, Pune – the first software export zone established by the Department of Electronics. It was set up on one floor of an industrial building (Electronic Sadan II) with 8000 square feet in the Bhosari Industrial Estate.  However, by the time we applied for space, the entire area had been allocated to 14 different companies, leaving nothing available to us. The Director of STP Pune promised that they would acquire more space and we would be the first to be considered.

But nothing was moving, and I was getting frustrated.  We had two customers keen to start work, but we couldn’t begin until we had space in the bonded warehouse. Mostly out of desperation, I wrote to Mr. N. Vittal, the Secretary of the Department of Electronics, Government of India.  He was well-known as a dynamic officer. I had heard him speak in the Bay Area at the Silicon Valley Indian Professional Association (SIPA), where he spoke against brain drain and encouraged professionals to come back to India. That’s how this significant week began.

Sunday, March 10 – I wrote an emotional letter to the Secretary, pleading my case for space in STP, Pune.  I shared letters from customers pushing me for start dates.  I complained that I had been back from the US on his appeal and that, for nearly six months, I had been wasting time waiting for space to become available.

Tuesday, March 12 – He received the letter. I got a call from his office that evening to understand the details of my request.  The Secretary requested the Director of STP Pune to meet him in Delhi.

Thursday, March 14 – The Director of STP Pune traveled to Delhi on the next flight. We did not have daily flights to Delhi at the time; Indian Airlines had three Delhi-Pune-Delhi flights every week.

Friday, March 15 – The Director of STP Pune had a meeting with the Secretary that morning. At noon, he called me from Delhi and informed me that the Secretary had asked him to vacate the STP office and offer it to Persistent Systems.  As none of the 14 companies allocated space had begun operating from the STP premises at that time, the STP office would move into one of the open office spaces and keep moving until the last office was occupied. That same day, the Director requested me to collect the keys to the office, which I promptly did.

Sunday, March 17, 1991 – It was Gudhi Padawa, an auspicious day in Maharashtra, and also our new year’s day.  We performed Satyanarayan Pooja on that day and got started.  Every year, we celebrate the Persistent Foundation Day on Gudhi Padwa.  This year, that will be on April 13, 2021.

I shall always remain eternally grateful to Mr. N. Vittal for what he did for us.

This article was published originally on LinkedIn

Valuing Sustainability: How Should PE Firms Think About ESG Commitments?

Leading indicators and the advantages of data-driven insights