Understanding The Drivers of Business Innovation And Biases

Blog by Smita Taraphdar, posted on April 28, 2020 in Digital Transformation

Commercially viable innovation is at the intersection of necessity, possibility, and creativity.

Understanding the market, market drivers, user persona and their journey form an important part of the innovation process. But the process is never as straightforward as it seems. Innovation can be both a necessity and a possibility, and possibility can come in many forms – technical, cultural, infrastructure, and more. But bias can often upend the best intentions. 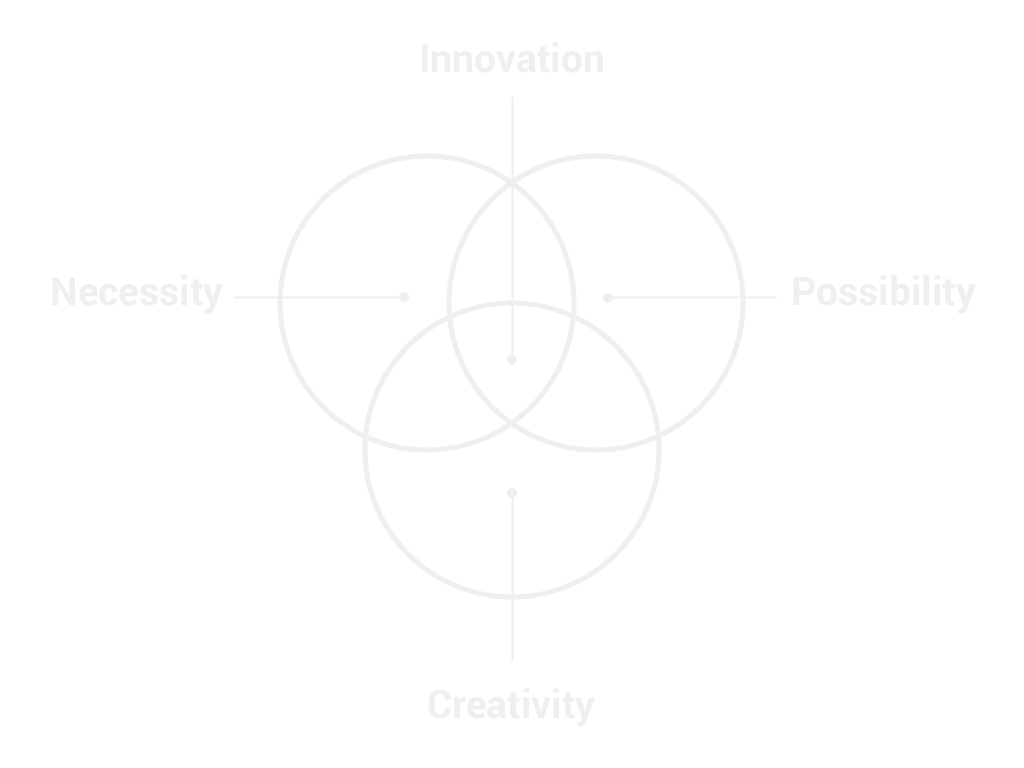 The Airbus A380 was hailed as the biggest passenger jet, with the capacity to fly 800 passengers. But twelve years after its launch Airbus was looking at growing losses and canceled orders. What went wrong?

Due to the sheer size of the plane and its powerful turbines, many upgrades were required at airports to accommodate it – larger runway and hangers, stronger tarmac to name just a few of the more significant requirements. Many airports declined to make these investments, leaving the A380 with access to under 30% of airports worldwide.

The A380 was also built on the premise that passengers would favor traveling between large airports rather than opting for direct routes on smaller planes to more local airports. This proved to be incorrect. Airbus may have failed to take the time to understand customer behavior and persona.

In the technology world Allo, an alternative to WhatsApp from Google, also failed to take off. It was another decent product in an already polarized market, offering nothing new over the existing apps. For social media apps, success is driven by user adoption, often, but not always, giving benefit to early movers. User adoption drives further user adoption, making it difficult for latecomers with incremental improvements over the incumbents. In this case, Allo didn’t even offer incremental improvements.

What leads to these kinds of innovation failures? There are many logical fallacies and cognitive biases during the innovation lifecycle that can lead to poor outcomes. Here are a few I’d like to share:

Continuum fallacy – Dismissing an idea because the narrator cannot articulate it, so believing that vagueness implies inaccuracy or lack of originality. Asking questions to get to the details helps to better frame a concept, drawing out the concepts the narrator is perhaps struggling to articulate.

Middle ground fallacy or argument to moderation, sometimes called compromise. This believes that the mid-position between two extremes must be correct. But this may not be the best solution to many situations, including product design. Having strong opinions and a healthy debate regarding the pros and cons of extreme positions versus middle ground can avoid the middle ground fallacy, which also helps avoid mediocracy.

Sunk cost fallacy is another bias that hampers innovation. Teams keep working on projects and products even when they fail to yield the desired results. Instead, they think about the money and resources already invested. Often it would be better to cut the losses and refocus, but this can be challenging in some environments especially where there is resistance to taking risks or admitting failure. A good example of this is continuing to develop code which is already full of errors.

So how do you avoid these biases?

Having a clear vision of the intended outcome is a must, plus analyzing options and above all getting feedback from stakeholders helps avoid costly mistakes. It requires a 360-degree view of a business problem, with perceived need and user perspectives as a core foundation. This holds true for physical products as well as digital services.

This means setting clear goals and outcomes shaped by stakeholders across business functions from the start, being empathetic and customer-centric, aligning innovation efforts with business goals, studying and understanding the market and competition, and creating quick prototypes for early validation. It helps to have a strategic partner on this journey, someone who has done it multiple times for various industries.

At Persistent, we’ve seen how innovation must be based on business reality while also creating new processes and business models. We understand this dynamic and the inherent challenge in pursuing meaningful innovation.

Learn more about Design Thinking & Incubation and how it can help drive innovation without falling into the biases.