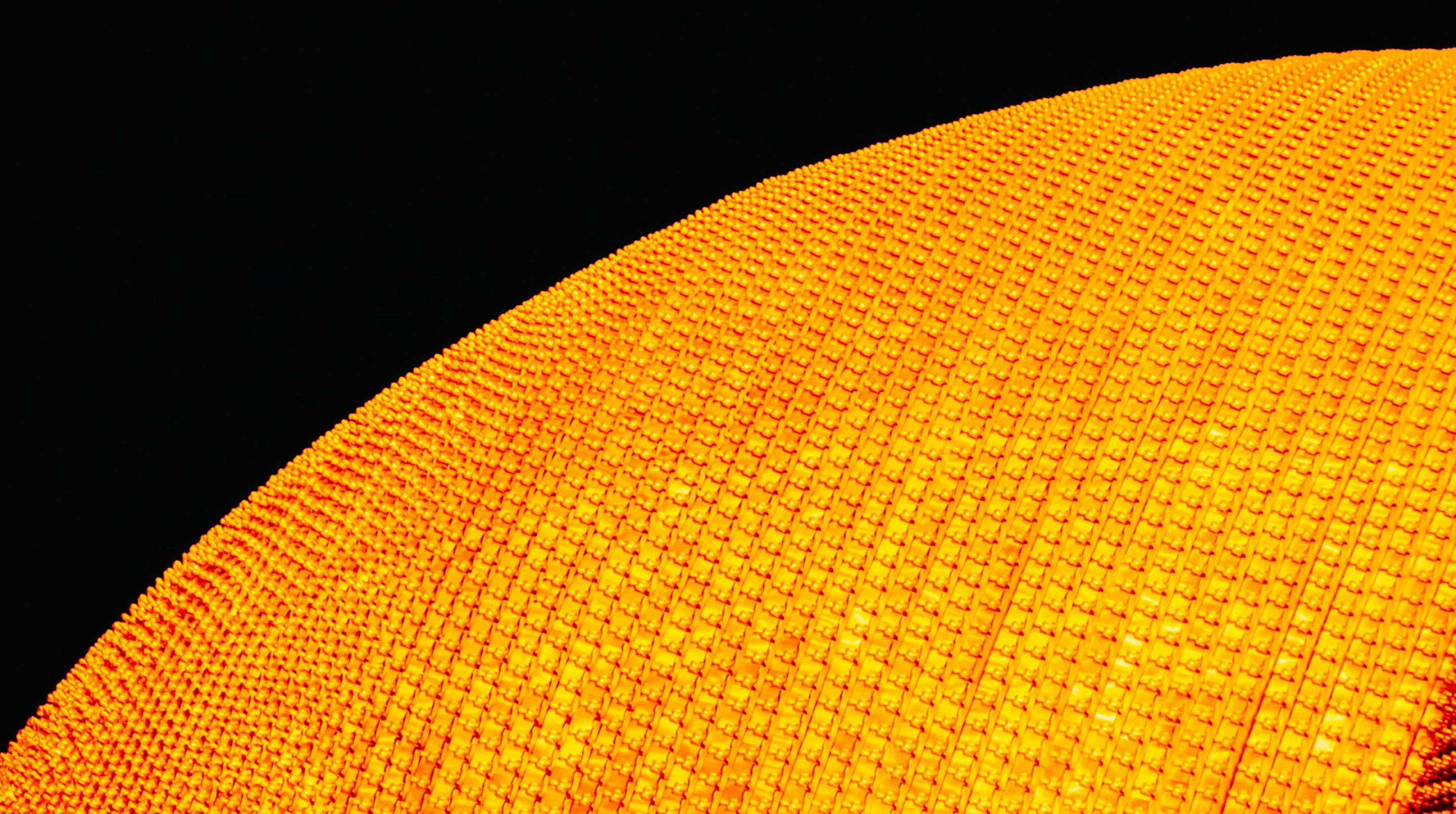 MediaAgility was acquired by Persistent in May 2022 and its capabilities form the foundation for Persistent’s Google Business Unit. As a Google Cloud Partner and a strategic IT Transformation services provider, the Google Business Unit is focused on delivering transformational services with cloud-native solutions that enable businesses to stay relevant and benefit from the public cloud platform capabilities.

Broadcom is a leader in the wired network, wireless network, enterprise storage, and industrial automation end markets. With the advent of IoT devices generating more data than people and the rise of machine learning, the company operates at the silicon level to advance mass transformation through better connections among devices, people, data, and storage.

In the past 10 years, through organic growth and acquisitions, Broadcom revenues have multiplied nearly 1,000%. At the same time, with a steady focus on controlling costs, it has increased its margins and propelled itself to a top 5 ranking among global semiconductor firms in the 2018 Q1 IHS Markit Competitive Landscape rankings.

As it embarked on this stage of growth, Broadcom sought strategic relationships with key players in IT infrastructure, storage, and productivity tools. The company needed solutions that would support revenue growth by accelerating product development and aid margin growth by speeding consolidation of acquired operations.

At the time Gmail adoption by large enterprises was limited. Broadcom was one of the first billion-dollar, enterprise companies to use Google Workspace on a large scale.

Google was a great choice strategically, because we knew it could scale meteorically with us

The switch from on-premises email to Gmail for the 3,500 employees Broadcom had at the time saved the company $1.5 million, which was just the beginning of the savings realized over the past several years as the company expanded on a robust cloud infrastructure.

Broadcom is a leader in the wired network, wireless network, enterprise storage, and industrial automation end markets. With the advent of IoT devices generating more data than people and the rise of machine learning, the company operates at the silicon level to advance mass transformation through better connections among devices, people, data, and storage.

Gmail has directly contributed to shortening our product development cycles. At the same time, our employees appreciate the flexibility they have to drive projects forward from anywhere, anytime

Today, designs submitted by an R&D team in Asia can be reviewed even if a manager in California has gone home for the night, since they can be viewed on any device. Previously 12 hours or more might have been lost until the manager returned to the office.“Gmail has directly contributed to shortening our product development cycles. At the same time, our employees really appreciate the flexibility they now have to drive projects forward from anywhere, anytime,” said Andy.

Before, when an employee’s laptop malfunctioned, their productivity immediately plummeted while they waited one to two days for IT to remake their environment with their data restored on a new laptop. Today with Google Workspace, employees can quickly get onto a new laptop or another device and get instant access to everything they need to continue their work.“Google Workspace really empowers employees. They don’t need to depend on IT to get back online and back to work. That’s been a huge benefit,” Stanley says.

6x Volume and still one manager

Broadcom provides Gmail accounts to many contractors and partners in order to make collaboration easier and more secure. Today, there are over 20,000 Broadcom Gmail accounts—a volume growth of nearly six times over 10 years—all still overseen by just one person, thanks to ease of management. For deep technical support, MediaAgility, a Google Cloud Partner, has helped build in automation, supports ongoing training, and provides extra assistance for onboardings and other bursts of activity during mergers, acquisitions, and restructurings.

Who can run email best? It’s Google and they’re doing it. I don’t have to monitor Google, because Google is very much in the public eye. The whole world already looks to Google to keep things humming

Employees often use a combination of Drive and Gmail to share large files by including a link to a file on Drive, instead of attaching a file to an email. The delivery of the shared information is just as seamless, without concern about whether a recipient can receive oversized attachments, which is always a worry with recipients outside the company who are not on Gmail.

Broadcom employees like how easy it is to collaborate with Sheets and Docs. Team members can update the status of a project in real time on a project tracker, while they are in their team meetings. “Keeping meeting minutes on Docs and Sheets has become extremely popular because it’s easy to share the information from a discussion, including links to pertinent resources on Drive. It saves time and helps keep information organized,” Stanley says.

The company introduced Google Team Drive to address concerns about access by other members of a project team to key documents when the owner of those documents leaves the company. With documents on Team Drive, members of a work group can easily store, search, and access key files.

The company’s lab employees are avid users of Sites. “We have 400 lab teams using Sites. They have a lot of data they’re working with, and it’s a great way for our engineers to share test results, promoting further collaboration across teams,” says Stanley.

For action item tracking, many employees are using Keep. It’s an elegantly simple tool for collaborative checklists, updated in real time across devices.

Jamboard is also a well-liked tool for developing and sharing whiteboard pictures and notes. “Previously, our managers were always panicked over security, worried about people taking pictures of designs, because you don’t know where those could end up. With Jamboard, a manager can better control who has access to drawings,” Stanley says.

Employees use Hangouts Chat for more secure instant messaging with up to 8,000 colleagues in a chat room. Integrated support of 28 languages makes it ideal for a company operating in as many countries as Broadcom

Broadcom IT did not make Google Workspace collaboration tools like Jamboard and Hangouts Chat mandatory. Employees see the value and use proliferates from there

With teams working together across the globe in different languages, the ease of using Google Translate along with Hangouts Chat and Gmail caught on quickly across the organization. “They can quickly toggle the translations, whether they’re sitting in the same room or working across time zones with someone that speaks a different language,” says Stanley.

The IT team publishes how-to guides and video snippets provided by Google to help educate employees on how to use the wide variety of tools available in Google Workspace. They note many employees find the tools intuitive to use, with no training needed. The tools often become popular organically.

“Interestingly, we never forced use of some of these Google Workspace collaboration tools like Jamboard and Hangouts Chat. Employees see the value and use just proliferates from there,” Stanley notes.

Employees and the IT teams alike see great value in Vault for backing everything up at a system level. “Our employees take pride in their work and they can sleep easier knowing it’s backed up with Vault, so they won’t lose important documents if their device gets damaged or lost. Likewise, for the company, it’s critical for intellectual property to be protected.” says Andy.

No matter where they’re working, employees across the organization can count on the performance, availability, and security benefits that Google provides.

Chromebooks are used in shared kiosks for employees on production lines or other environments where workers are not on a computer all day. The kiosk mode makes it easy for workers to more securely log in to the HR portal and check email, without worrying that their personal information will be accessed by others using the Chromebook.

For the IT team, Google provides both cost and time efficiencies, relieving the burden of ongoing hardware refreshes, software upgrades, and security patching. IT plays an important role in helping the company leverage economies of scale as it grows by leaps and bounds. “It’s great when we can increase the capabilities of our employees with new tools from Google Workspace, all while we control costs—so we truly do more with less,” Andy says.

In the span of 12 hours, we ported nearly 10,000 email accounts to Broadcom, while transitioning 14,000 accounts from an on-premises email server to Gmail. It’s amazing to start realizing these operational efficiencies from day one of the combined operations. We couldn’t have done it without Google

The advantages are especially pronounced when mergers and acquisitions occur. On the very day Avago closed its acquisition of Broadcom Corporation in 2016, the new company changed its primary domain from AvagoTech.com to Broadcom.com. “In the span of 12 hours, we ported nearly 10,000 email accounts to Broadcom, while also transitioning 14,000 accounts from an on-premises email server to Gmail. It’s amazing to start realizing these operational efficiencies from day one of the combined operations. We couldn’t have done it without Google,” says Andy.

For a small IT team focused on meeting the needs of a large, diverse company, the move to Google Workspace has been advantageous because IT no longer has to manage large server farms. Instead they can monitor a cloud-based environment that scales seamlessly and helps power growth. “I take pride in working with our management team on how to more quickly integrate the companies we acquire so we can meet strategic objectives,” Andy says.

It helps us a great deal that Google is ever-evolving, has longevity, and takes data privacy and security extremely seriously

This customer success accelerated story was originally published on the Google Suite Site.